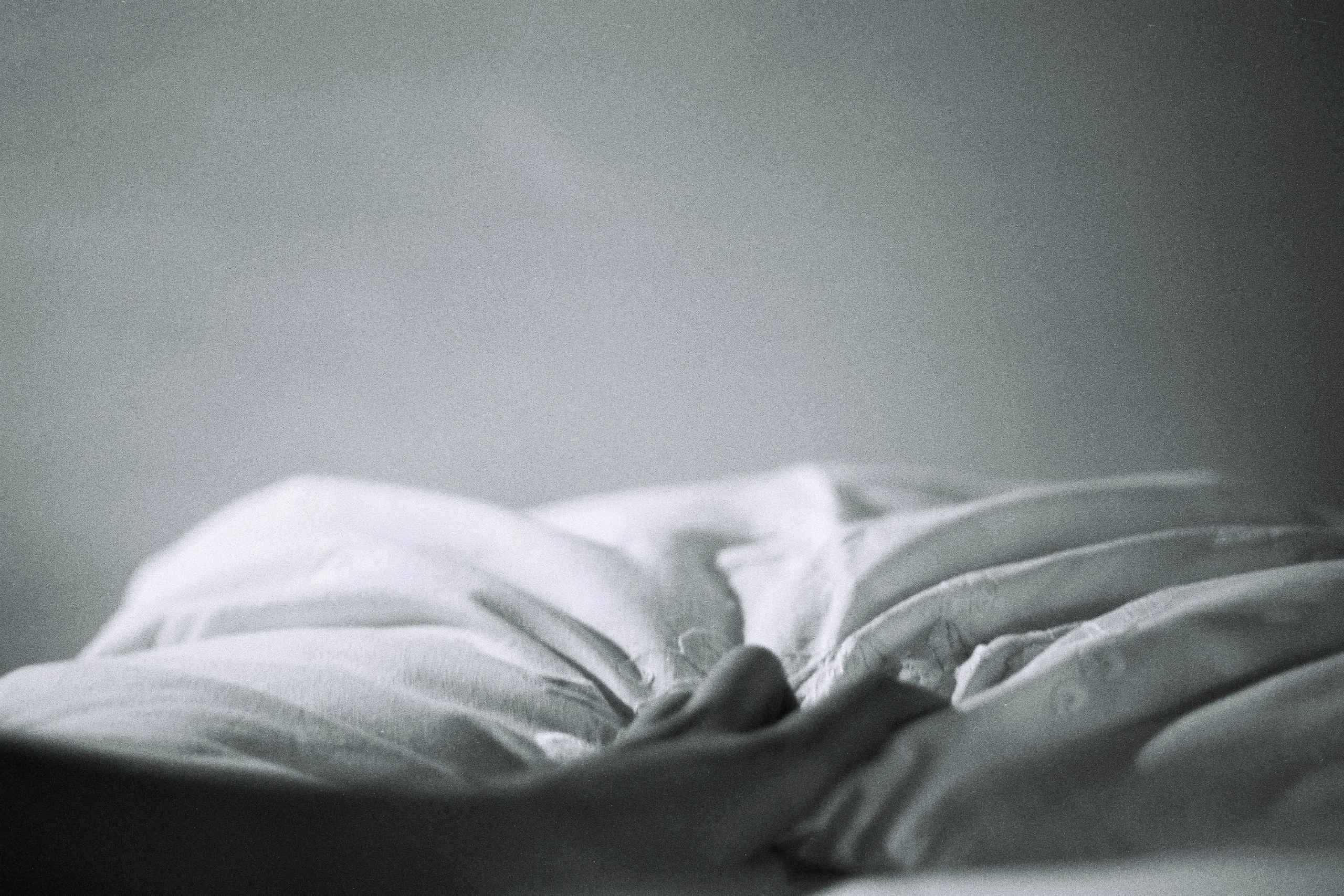 Medical Cannabis for Insomnia: Everything You Need to Know

Almost 60% of Australia’s adult population suffers from at least one symptom of sleep deprivation. 14.8% have symptoms that could be diagnosed as chronic insomnia.

As reported by the Australian Sleep Health Foundation, these symptoms include trouble falling asleep, staying asleep or waking too early and not being able to get back to sleep.

Research on Cannabis for Insomnia is Growing

People have been using cannabis for centuries to help them go to sleep. But it has only been in recent years that anecdotal evidence has sparked research curiosity.

Today we see an increasing number of clinical trials being conducted in various countries into the efficacy of cannabis to treat sleep disorder.

Researchers from the University of Western Australia Centre for Sleep Science tested a cannabis-based extract on 23 chronic insomnia patients. They received either the formulation or a placebo over 14 nights.

The researchers found that the cannabis-based formulation produced significantly higher levels of improved sleep patterns for insomnia than the placebo.

Basing their results on the widely-recognised Insomnia Severity Index (ISI), 36% of the participants who received the highest dose levels displayed a significant improvement in quality of sleep.

They also experienced feelings of waking up more rested and displayed improvements to fatigue, stress and social functioning.

The research was led by Professor Peter Eastwood who said he was impressed by the overall responsive improvements across a range of key insomnia indices.

How Medical Marijuana Interacts With the Human Body

These receptors form part of our endocannabinoid system (ECS) – a crucial physiological system working to keep our bodies in a homeostasis state.

Despite CBD’s prominence for its many health benefits, research shows that it is actually the THC component of cannabis that creates drowsiness. THC acts on CB1 receptors that regulate sleep and pain relief.

Limited research has shown that CBD alone is not enough to improve insomnia. THC-heavy strains, on the other hand, are far more sleep-inducing and are believed to lower REM sleep (which reduces time spent dreaming).

A 2017 review published in the Nature of Science and Sleep, noted a randomised trial showed that sleep onset is quicker in groups who smoke cannabis.

Human sleep patterns are divided into four cycles – awake, light, deep and REM sleep. All of these cycles play a part in resting and resetting our systems and regulating different brain and bodily functions.

These restorative qualities are displayed in how a body functions the next day.

Traditionally, sleep is divided into non-REM and REM cycles. Together, this allows your brain to progress through each sleep stage.

1. Awake time is the period in bed before falling asleep.

2. Light time is the transition before reaching deeper stages of sleep. During this cycle, muscles begin to relax and heart rates and breathing slow down. As body temperatures drop, so does sleep set in.

3. Deep sleep is the most restorative and rejuvenating cycle. Blood pressure drops while blood flow to muscles increases. Brain waves slow down as it flushes out waste and tissue growth. Cell and hormone repair take place.

4. REM sleep is essential for rejuvenating the mind. The REM sleep cycle is associated with dreaming, memory retention, learning and problem-solving. During this cycle respiration and heart rate increase as the brain becomes more active, triggering the occurrence of vivid dreams.

Research shows that heavy strains on THC will reduce the amount of time spent in the REM cycle. This can help PTSD sufferers as it reduces the ability to dream and to have nightmares. For non PTSD sufferers, however, reduced REM sleep may not be beneficial.

If your insomnia is caused by too much time spent in REM sleep, than the THC can potentially help in getting a good nights rest.

THC alone can increase anxiety in some people and studies have shown that CBD can help reduce anxiety. Thus if your insomnia is partly caused by stress and anxiety, a balanced mix of CBD and THC could be your optimum formulation.

The relationship between sleep and cannabis is complicated and its a good idea to discuss this with your doctor. If your doctor is not open to having this conversation, start by taking our quick eligibility test here to book in with one of our medical cannabis doctors.

Ongoing studies have established that when it comes to cannabis for sleep it’s a case of different strokes for different folks. Some patients prefer a blend of oil and edibles while others displayed a preference for vaping.

Ingesting cannabis in oil form or other edibles is slow-acting but remains in the body for a longer period. Edibles, however, pose dosing problems as it takes a while for the medication to kick in and the initial titration process can be time consuming and requires lots of patience.

Inhalation via vaping has a quick-in-and-out effect that only lasts for two to three hours. Inhalation via smoking is not recommended by health professionals.

Indica vs Sativa Cannabis for Sleep

There are two types of cannabis – indica and sativa. Indica is more sedating because of its higher THC content. Sativa, on the other hand, is a recommended daytime strain because of its uplifting and energising properties.

The majority of cannabis industry professionals recommend indica as a sleeping aid but run the risk of “overdosing” on THC, leaving them groggy and feeling hungover. That is why medical marijuana doctors recommend strains that have less than 20% THC content.

Back in 2015, a medical cannabis for insomnia study found that the best sleep strains for sleep were those with equal parts THC and CBD.

This combination produced balanced sleep as the CBD can counter balance some of the negative effects of higher THC formulations such as increased anxiety and memory issues.

Cannabis strains should not be judged by their indica and sativa content alone. What matters is the cannabinoid and terpene content of the strain. As already mentioned, a balanced strain of both THC and CBD is best for promoting a healthy and relaxed sleep.

Cannabis strains recommended for insomniacs are those that contain the sleep-inducing terpenes; Linalool, myrcene and caryophyllene. Its also recommended that the THC amount be under 20%.

Australian regulations around medication advertising prevent us from naming those products with high amounts of these terpenes but this is something you can speak with your doctor about.

CBN is a lesser-known cannabinoid found in the cannabis plant which is also showing promise in sleep aid. CBN is the result of THC oxidation.

CBN is thought to promote a tranquil and relaxed state and is being widely used in countries where cannabis has been legalised for sleep formulations.

Debate on the subject of prescription drugs versus cannabis has become more heated in recent years.

Research had proved that cannabis is far less likely to lead to dependence than opioids such as barbiturates, benzodiazepines and other sleep-related prescriptions.

It is a known fact that these drugs lead to addiction and hundreds of deaths due to overdosing worldwide annually.

Australia’s annual overdose report released by the Penington Institute in 2019 revealed that 1,612 people died from accidental overdoses, an increase of almost 38% over the last decade. The report says benzodiazepines were responsible for more than doubling the previous year’s death rate from 256 to 583.

Australians spend a staggering $10.8 billion every year on prescriptions and over-the-counter medicines, according to the latest available statistics.

How the Endocannabinoid System Affects Sleep

The Endocannabinoid System (ECS) produces endogenous (originating within the body) cannabinoids. Researchers have discovered that the ECS plays a huge role in our biological clocks, from sleep patterns to the circadian rhythm.

The cannabis plant contains Phyto cannabinoids that interact with our ECS in similar ways to our endogenous cannabinoids.

CBD and THC either sedate or alert the ECS. These actions are dose-dependent and point to the entourage effect – a theory that cannabinoids are at their most potent when delivered in combination.

This dose-dependent efficacy probably explains conflicting results of human trials in which cannabis is used to treat insomnia.

The aromatic terpene compounds of pinene, myrcene, limonene and linalool are associated with improved sleep patterns as well as other therapeutic elements.

These terpenes are also engaged in the entourage effect. They can potentially act synergistically with cannabinoids to improve symptoms such as insomnia.

A 2018 a University of Illinois and North-western University study was conducted to investigate dronabinol (a synthetic cannabis active substance) for the treatment of obstructive sleep apnoea syndrome.

The double-blind study concluded that “dronabinol is safe and well tolerated in participants with moderate-to-severe OSA.”

Study participants were randomly given either a placebo, 2.5 mg dronabinol or 10 mg dronabinol daily. They took the cannabis drug one hour before bedtime for up to 6 weeks. Participants who received 10 mg of dronabinol a day expressed the highest overall satisfaction with the treatment.

Based on this, the researchers believe that taking THC can be a useful alternative treatment or adjunct therapy for sleep apnoea.

Obstructive Sleep Apnoea – Not Everyone is Convinced

On the other hand, the American Academy of Sleep Medicine (AASM) recently published a position statement stating that medical cannabis and synthetic marijuana extracts should not be used for the treatment of obstructive sleep apnea.

The AASM noted that despite the limited evidence suggesting that the synthetic medical cannabis extract dronabinol may improve respiratory stability and provide benefit to treat OSA, side effects such as somnolence (drowsiness) related to treatment were reported in most patients, and the long-term effects on other sleep quality measures, tolerability, and safety are still unknown.

In Australia, the AASM equivalent – The Australasian Sleep Association (ASA) has not released a position statement regarding use of medical cannabis for the treatment of sleep apnea with regards to Australian standards and regulations.

Given the conflicting views, its clear that larger clinical trials are needed to find the best possible approach to medical cannabis treatment for OSAS.

Novel neuro-imaging techniques are being used to investigate the use of cannabinoids to treat insomnia in a collaboration between the Lambert Initiative for Cannabinoid Therapeutics, University of Sydney and the Woolcock Institute of Medical Research.

In what has been termed “a randomised, placebo-controlled, double-blinded, crossover pilot trial”, researchers will use brain imaging technology to conduct in-depth examinations and to localise differences in brain and sleep activation.

The research will be based on 20 patients suffering from insomnia disorder with a single dose of an oral cannabis extract.

By comparing the cannabis dose to placebo, researchers hope to establish whether or not cannabinoids are an effective sleep disorder treatment. They will also study cognitive next-day function.

How to Access Medical Cannabis for Insomnia in Australia

Based on the available body of scientific literature, medical cannabis may help with insomnia by helping you fall asleep faster and staying asleep for longer (at least in the deep sleep recovery stage).

However its clear that more research needs to be done and patients should discuss treatment with a qualified health professional.

Medical cannabis for insomnia is not a first line treatment in Australia so you need to have tried at least one conventional medication for insomnia to be eligible.

The best place to start is to speak with your doctor. If they are uncomfortable prescribing cannabis they can refer you to our clinic by filling out and sending back our referral form.

If your doctor is not willing to refer you or to discuss the matter you can also book in with one of our medical cannabis doctors who can help you get started. 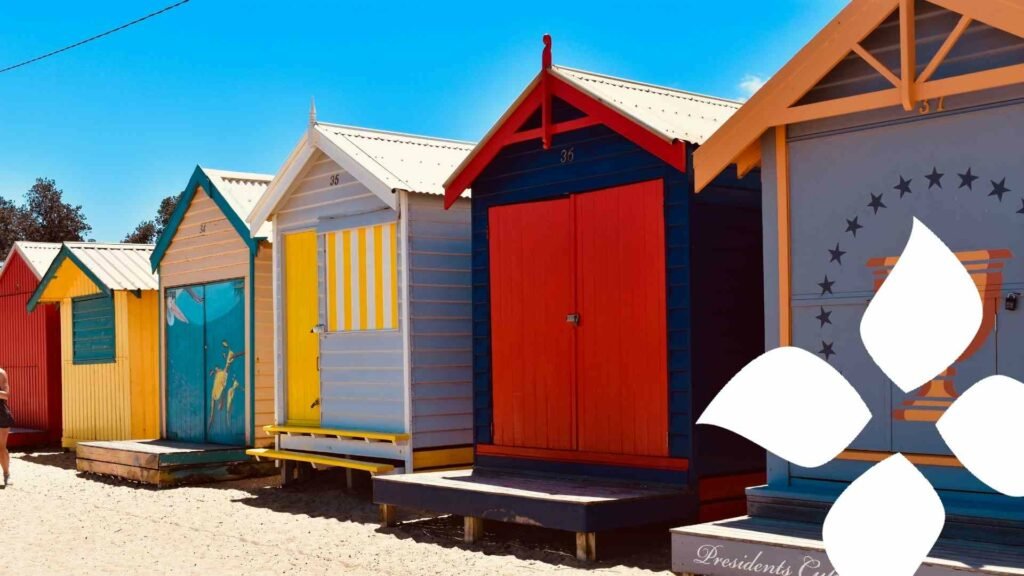 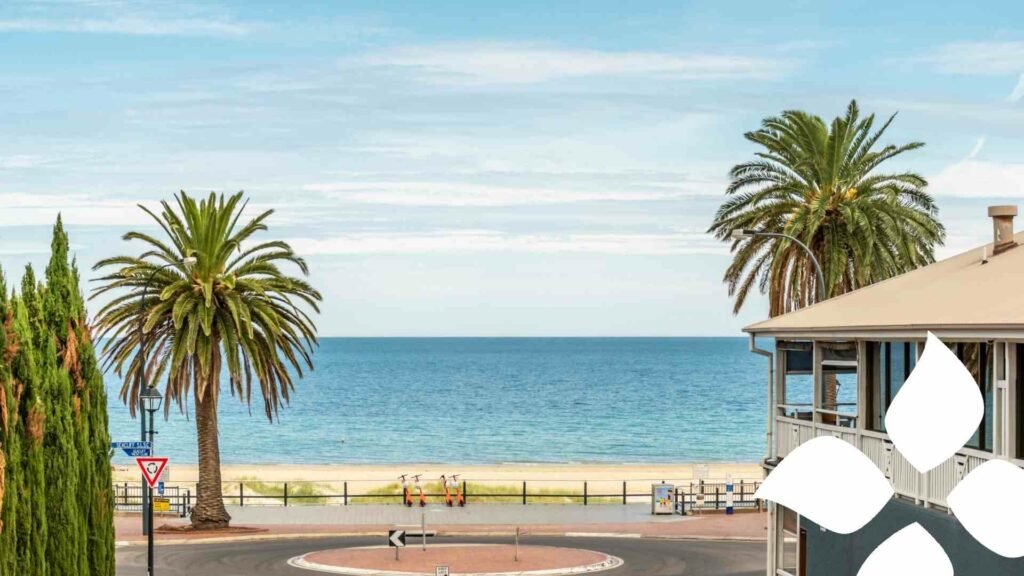 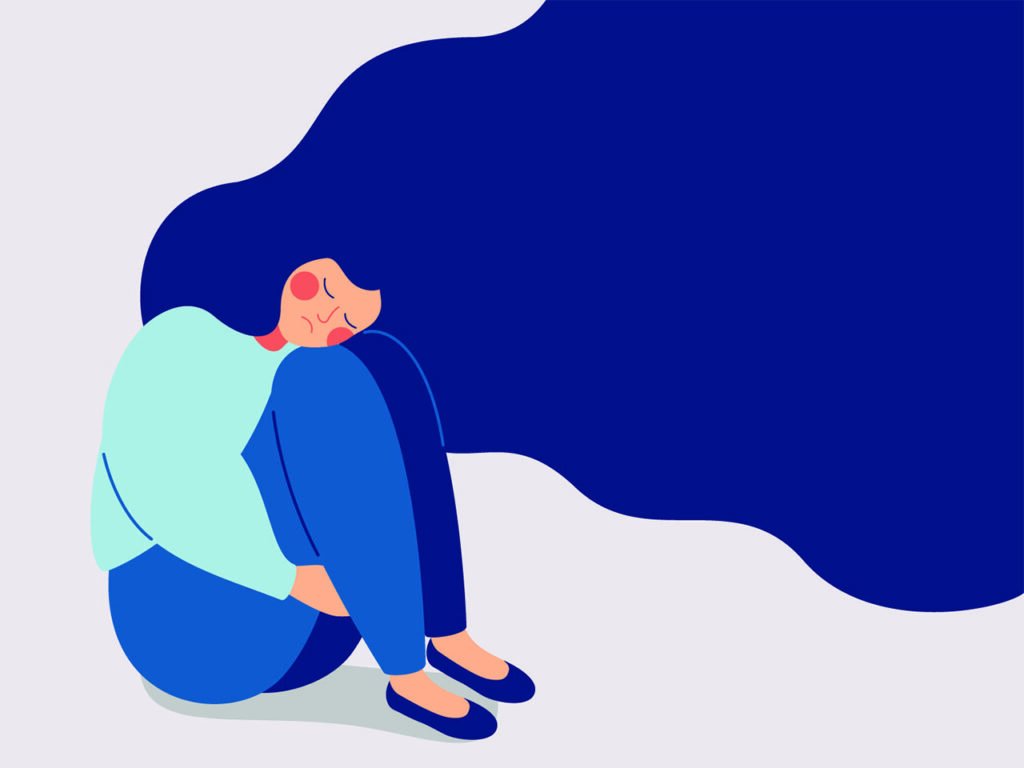 Buying CBD Over the Counter in Australia Update 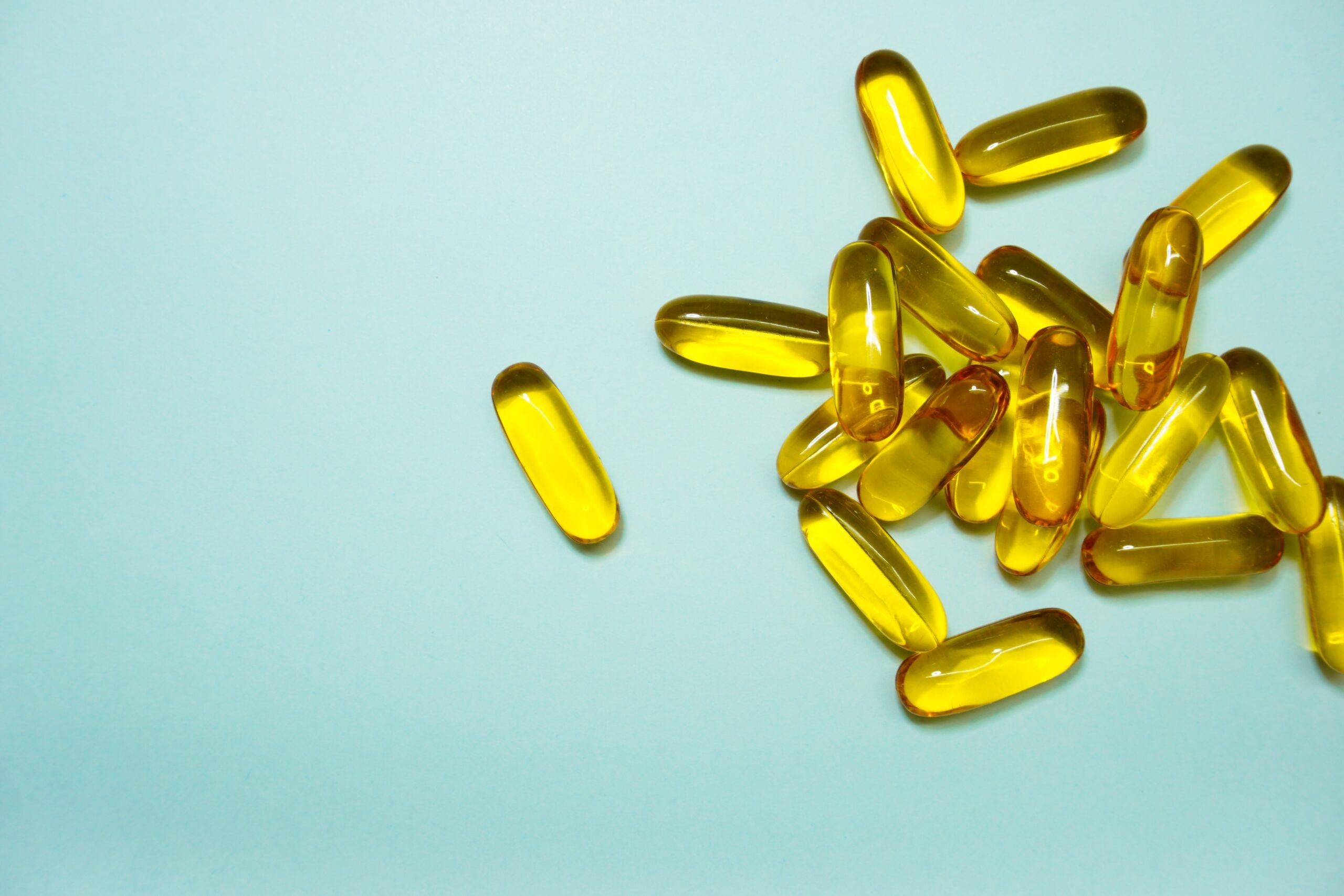 Is CBD Available Over the Counter at Pharmacies?