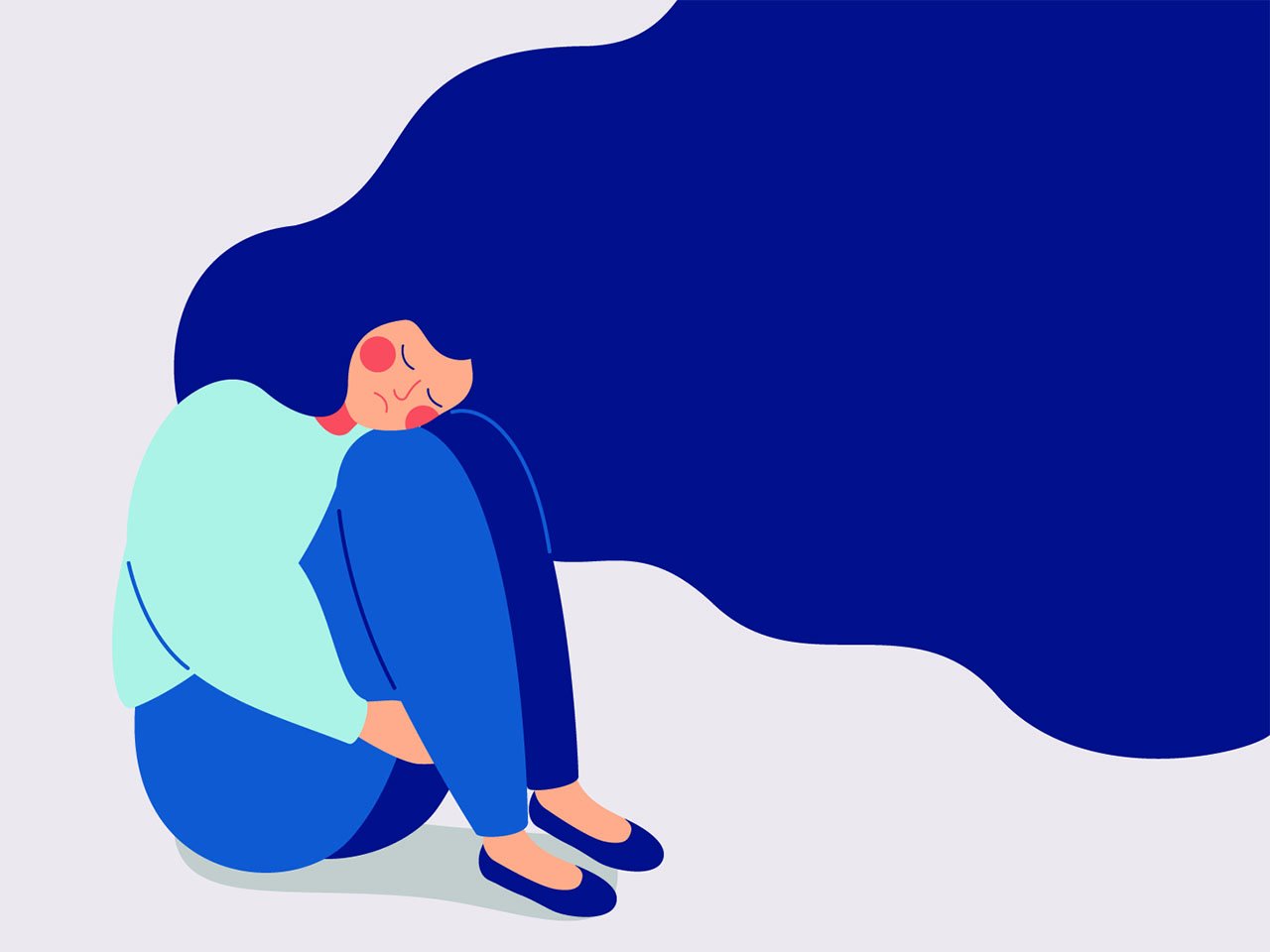 Although medical cannabis has often been used to treat anxiety, a history of misrepresentations, misunderstandings and misinterpretations clouds public perception of cannabis.

This has resulted in cannabis being perceived as an addictive “hippie” drug that leads to the use and abuse of more severe substances.

Nevertheless, an increasing number of people are beginning to use medical cannabis to help manage their anxiety and depression but what does the science say?

A further complication is that medicinal cannabis consists of many different chemical compounds such as cannabinoids, terpenes, and flavonoids.

Different strains of medical cannabis contain different combinations of these compounds with each one potentially having a different effect on each person’s unique endocannabinoid system.

As a result, published research results are mixed and often seem contradictory as these strain variations might not always be properly considered.

This system plays a vital role in several bodily functions such as appetite, memory, mood and pain perception.

The two best known and studied cannabinoids are tetrahydrocannabinol (THC) and cannabidiol (CBD).

THC is the psychoactive compound of cannabis, while CBD is non-psychoactive.

As a plant, cannabis can be bred to highlight specific characteristics. The two dominant strains are known as Sativa and Indica.

The two strains are often combined into hybrid strains that produce various effects from total relaxation to uplifting and energizing.

When people usually think of cannabis they think of high THC strains used recreationally. Most people don’t realize there are plenty of low THC, high CBD strains which are being utilized to help reduce anxiety.

What Does the Research Say?

CBD has no psychoactive component and using CBD to treat anxiety is regarded as an alternative method of medication for many users.

Several ongoing research studies are currently being undertaken to identify the role that medical cannabis can play to treat people suffering from anxiety.

While the demand for medical cannabis in treating anxiety is booming, doctors and researchers are still working to understand if many people’s positive experience can be replicated in a clinical trial setting.

According to Dr Jordan Tishler from Boston, USA, who operates a cannabis-based practice, the few current research findings that do exist lack critical information such as exact amount taken (dosing) and at what times during the day people take it.

The other critical piece of information, or rather lack thereof, is the THC and CBD levels in the dosing used on people taking part in clinical trials.

All these data points are critical in being able to effectively determine the efficacy of medical cannabis for treating people with anxiety.

It’s clear that there is work involved in finding the ideal cannabis formulation and dose for each individual. Ideally this should be managed with the help of a mental health professional such as a GP or specialist.

If your GP is not willing to discuss this with you, you can take our quick eligibility test and book in with one of our medical cannabis doctors here.

The Difference Between Anxiety and Stress

An added complication, according to Tishler, is that cannabis users are often confused when it comes to differentiating between anxiety and stress.

Stress is an emotion triggered by difficult situations, such as the breakdown of a relationship. Anxiety arises when sufferers are overcome with feelings of distress for no apparent reason.

Tishler says that many people self-medicate for anxiety when they are suffering from stress. Self-medicating with cannabis could provide users with a buffer to avoid taking action to improve their lives.

Tishler says medical cannabis can be an effective anxiety treatment especially useful when taken in small dosages before going to bed. This can “create an [anti-anxiety] effect that outlasts any intoxication”.

People who use cannabis with THC throughout the day need to make sure they are using it responsibly and ensuring they don’t become dependent and unproductive.

In practice in Australia, most patients who use medical cannabis to reduce anxiety are prescribed CBD dominant medication with little or no THC in the product, so this risk is reduced.

However there is no set formulation and treatment is very individualized. While THC can cause increased anxiety in some patients, for others it can help reduce anxiety.

The Different Types of Anxiety

In recent years, anxiety has become one of the most prevalent mental health problems for Australians with Beyond Blue estimating that in any one year over 2 million Australians experience anxiety. Listed below are most common types according to Beyond Blue:

Anxiety is part-and-parcel of everyday life but according to Beyond Blue, a mental health not for profit organization, the coronavirus pandemic has triggered a spike of anxiety levels among the general population.

Anxiety and fear about the disease can trigger strong emotions and people subject to anxiety attacks can become overwhelmed.

According to an article published in Science Direct, medical cannabis users reported a 58% reduction in anxiety levels after just two puffs.

Research has shown that CBD can reduce anxiety for patients with Social Anxiety Disorder (SAD). A recent study showed that CBD reduced the anxiety induced by public speaking for social phobia patients.

A two-month placebo-controlled pilot study on CBD for the treatment of anxiety disorders is currently being undertaken by McMaster University, a public research university based in Ontario, Canada. The study will evaluate the efficacy of daily use of CBD to treat:

Adult participants between the ages of 21 and 65 years will be administered CBD oil capsules or a placebo of sunflower lecithin oil capsules. Researchers will evaluate any relationship between anxiety, inflammation and CBD, while also investigating the neurocognitive effects of a CBD treatment regime.

Other trials currently under investigation are:

Positive Effects of Reducing Depression, Anxiety, and Stress may be Short-term

Washington State University scientists have published a research study in the Journal of Affective Disorders that says using cannabis can significantly reduce levels of anxiety, depression and stress in the short term.

But they found that repeated cannabis use does not produce a long-term reduction of symptoms. Instead, cannabis use can increase levels of depression some time.

Nevertheless, cannabis for medicinal use is on the rise.

This is highlighted in several recent articles in which industry sources have said that more people are using cannabis to manage General Anxiety Disorder (GAD).

While scientific research remains limited, there are many anecdotal reports of cannabis creating a calming experience and offering users temporary relief from anxiety.

Differentiating Between Types of Medical Cannabis (CBD and THC)

Clinical tests and other scientific research have found that THC in low doses can reduce anxiety but THC in high doses can actually induce anxiety.

It is thought that using formulations containing both CBD and THC are most beneficial as the CBD can counteract some of the negative side effects of THC.

Cannabis displays both the ability to reduce or to increase anxiety levels, depending on the formulation and patient.

That’s why its important to speak to a doctor to have the best chance of a positive outcome. If your doctor refuses to discuss this with you, you can book in with one of our medical cannabis doctors and discuss your situation.

Twenty four people suffering from social anxiety disorders were subjected to randomized double-blind study. They were given a 600 mg dose of CBD that resulted in reduced anxiety levels.

In 2019 a study of 72 patients suffering from anxiety and sleep disorders decreased the symptoms with the use of CBD over one month.

Also in 2019, a Canadian study of 888 medical cannabis users found that their anxiety disorders had improved.

They manage neurotransmitter levels known as GABA. These balance anxiety levels. One of the side-effects of benzodiazepines is that patients build a quick tolerance, leading to thousands of overdose deaths annually.

Early studies found that the components in cannabidiol (CBD), also manage the amount of GABA in the brain. Medical cannabis has also shown the potential to lower the levels of cortisol.

This is a stress-related hormone and, the lower the level of cortisol the greater the effect of lower stress levels.

According to Marijuana Doctors, medical cannabis may be a holistic alternative to anxiety prescribed medication without the bad side effects and is being used as an effective treatment for anxiety disorders in a countless number of patients.

As mentioned earlier, consultation with a cannabis-trained doctor will ensure the use of the right strains of cannabis.

Cannabis rich in CBD has been used successfully in patients suffering from anxiety as well as other medical conditions such as pain and epileptic-type spasms.

CBD does not induce feelings of euphoria (being high) and may offer many therapeutic properties.

Nabilone (brand name Cesamet) is an FDA-approved synthetic cannabis drug for use by cancer patients suffering from nausea and vomiting. However, it has not received FDA approval for any other medical use.

In a recent trial exploring the anti anxiety effects of Nabilone, 25 outpatients suffering from anxiety were given the drug over a 28-day treatment period. The drug was compared with a placebo in a double-blind manner.

Patients were seen weekly by a physician and were rated by the Hamilton Rating Scale for Anxiety and by patient-rated evaluations.

The results of the study showed a dramatic improvement in anxiety in the nabilone group when compared with placebo.

Side effects reported were dry mouth, dry eyes, and drowsiness. Patients did not report any of the subjective “altered state” experience of marijuana.

Is Medical Cannabis Used to Treat Anxiety in Australia?

Australia’s Therapeutic Goods Administration has approved many applications of medical cannabis to treat anxiety and depression.

However it is important to note that currently medical cannabis is not a first line treatment so patients need to have tried at least one other prescribed medication before being considered.

The TGA also acknowledges that there is limited data from which to draw specific recommendations for treatment.

Despite the flood of information dealing with medical cannabis as a treatment for anxiety, there is still much research needed to be done on this topic.

But one clear fact is that medical cannabis, taken under medical supervision in the right doses and strains, can help to relieve the symptoms of this debilitating condition.

If you would like to learn more about treating anxiety with medical cannabis you can take our free eligibility test here. 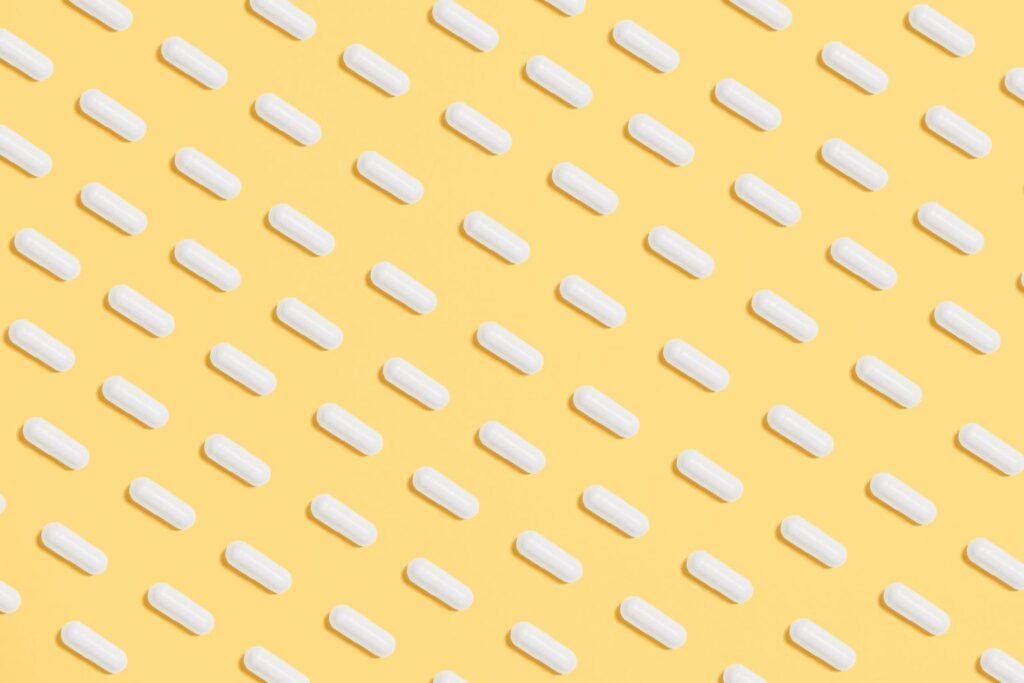 Previous Post Buying CBD Over the Counter in Australia Update 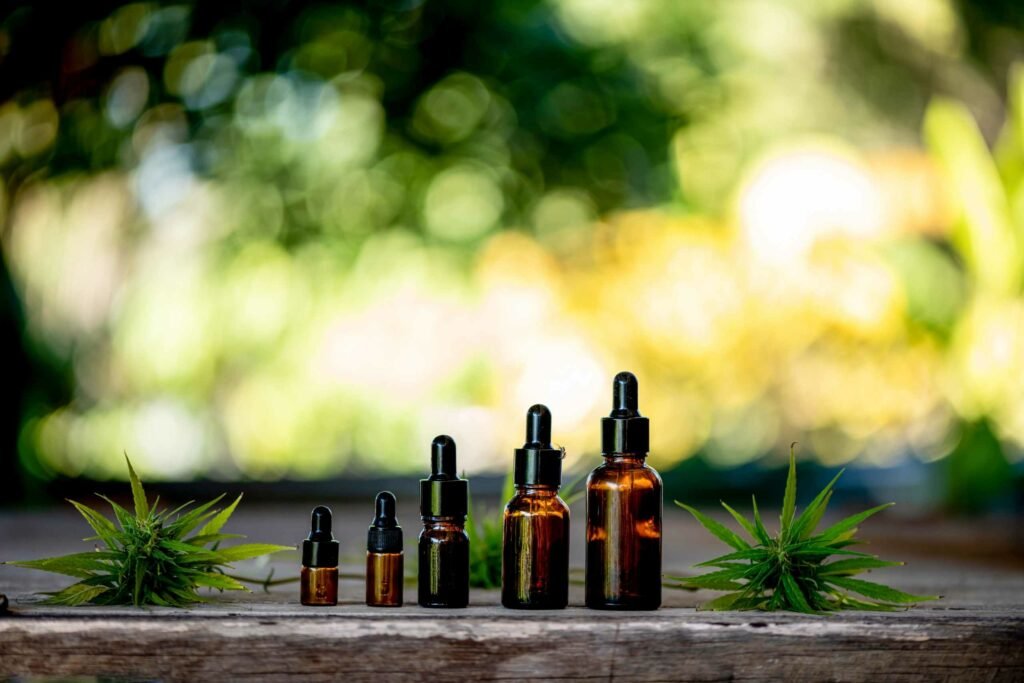 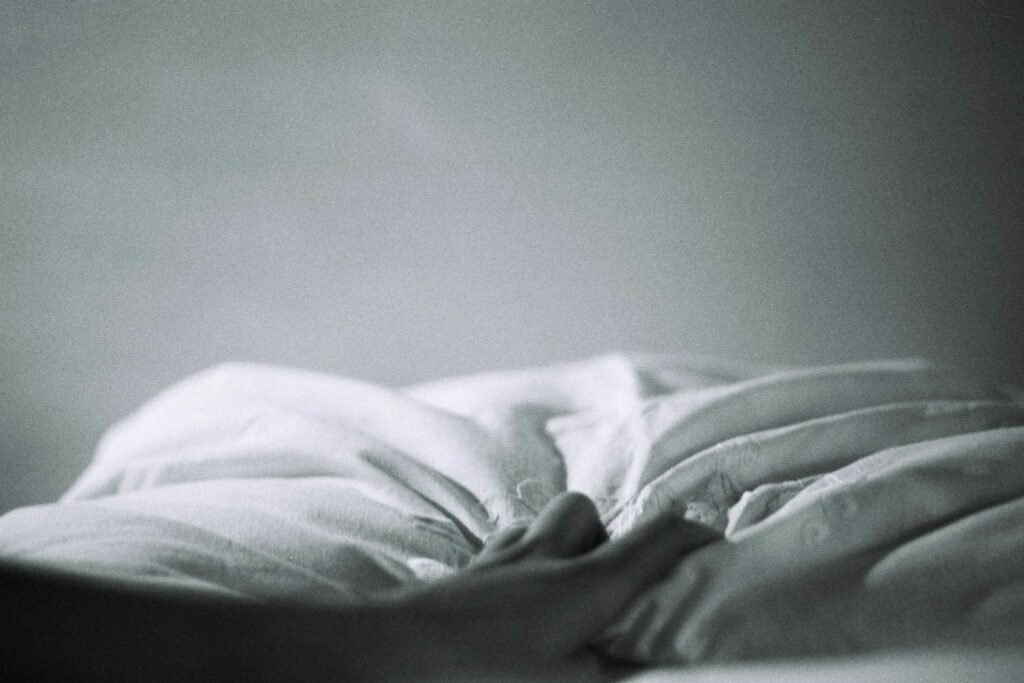 Medical Cannabis for Insomnia: Everything You Need to Know 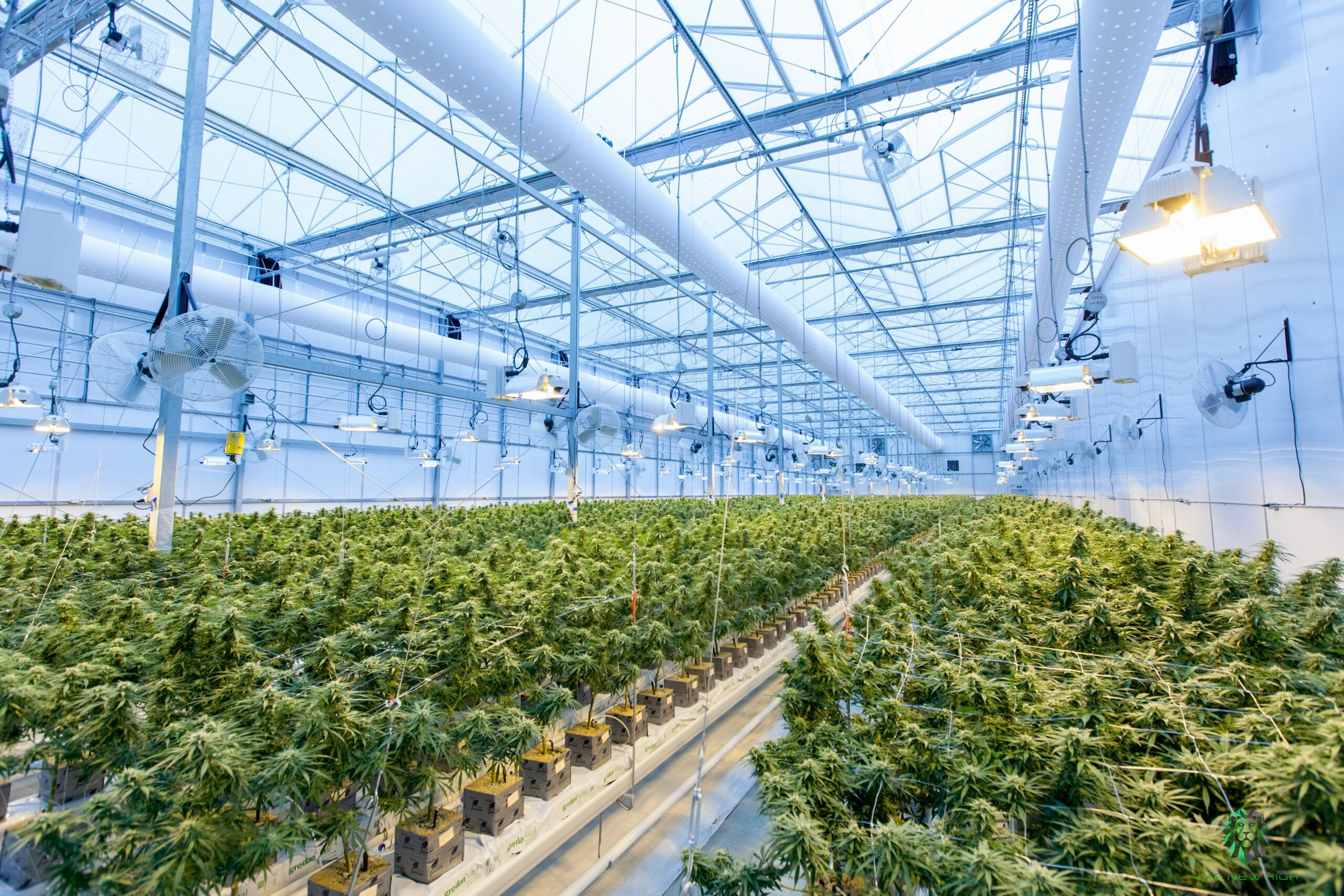 Medical Marijuana Australia – Eligibility, Prices and How to Access